Matilda Walter (1813-1852) married Edwin Taylor, a saddler from Halifax, Yorkshire, in Wolverhampton in 1848. They were lodging in Birmingham in 1851. Matilda only came to light as a result of her death, as a sister of Mr Henry Walter, being noted in the Liverpool Mercury.

Philip and Susannah's son Frederick Philip Walter married Matilda Trotman in Devizes district in 1850. In 1851 Philip (b.1829) and Matilda Walter (b.1830) were living in London (St George's Hanover Square) with a visitor Henrietta Trotman (b.1838) (born Wells). Philip was a barrister's clerk and listed as being born in Charlton Adam, Matilda in Bath. They probably had a daughter Matilda Mary Ann Walter (b. Pancras in 1858). Frederick Philip Walter probably died in Pancras in 1859. In 1861 Matilda was living with her daughter in Islington, working as a lodging house keeper. They cannot be found subsequently, but Matilda may have remarried Samuel Wood in 1868.

Fanny Trotman married Joseph Derham in Devizes in 1847 and had children including: Fanny Derham (1848-1909), Herbert Joseph Derham (1850-1911) {married Minnie Isabel Wymark (b.1869) in 1897 and had children}. Charles Benjamin Derham (1852-1901), James Edgar Derham (1854-1927) {married Julia Sanders (1857-1929) in 1878 and had children} and Anne Matilda Derham (b.1856). In 1861 Joseph is described as a master boot maker, Fanny as a 'photographist'. In 1871 Charles Benjamin was staying with his cousin Samuel James Derham (b. 1848; Devizes) and his wife Ellen nee Heywood in London. Fanny was probably a laundry maid in Belmont House, Enfield. Herbert was a visitor in the household of Richard Watts in Islington. By 1881, Herbert, Charles and Fanny were staying as cousins and a visitor with Samuel J. Derham in London. In 1901 Fanny Derham was lodging in London (in a printer's household) with occupation 'was gentleman's laundress'. 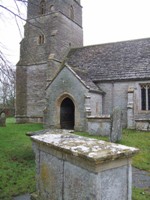 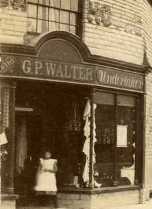