The Family of John Walter Price and Lilian Jenkins, Abercanaid

John Walter Price (Jack) was the son of Thomas James Price and Rosa Madia Thomas. He was born at Wern Cottage, Llanfihangel Talyllyn, Breconshire (now Powys) on May 1 1885. He died in Abercanaid, Merthyr Tydfil, Glamorgan on December 4 1959.

In the 1911 census he was a colliery clerk living at 26 Nightingale St, Abercanaid with bilingual wife Lilian Jenkins (c.1891-1939) and 8 month-old daughter. They had married at St. John's Church, Troedyrhiw on January 12 1910. Two of his brothers Arthur Price and Sidney were lodging with them. The Price brothers were unusual in speaking English only in what was then a largely bilingual community. Lilian Jenkins (Lily) was born at 60 Nightingale St, Abercanaid on March 31 1891. She died in February 1939. 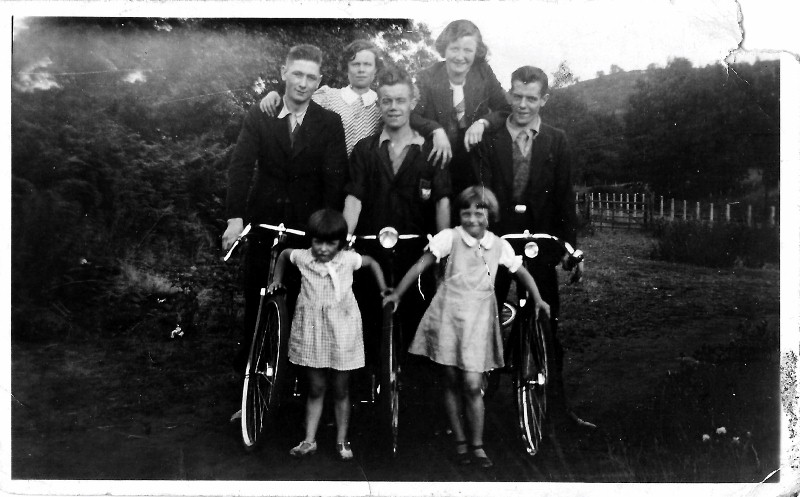 Nightingale Street in the early 1900s

In an article entitled 'Village Life in Abercanaid 1905-1925' (Merthyr Historian Vol 6, Merthyr Historical Society 1992) Edward Rhys-Price - not a known relative - describes conditions in Nightingale Street in the early years of the 20th century. He was born at no. 64.

(p.43) "In my boyhood the population of Abercanaid was about 1000.Practically all the houses had been built around 1850 of grey stone from the local quarries, but some of the squares of houses had been built some years earlier for the men working on the Merthyr to Cardiff canal which was opened in 1790. The houses followed the usual pattern of miners' cottages at that time, consisting of a living-room, one bedroom and pantry downstairs, with two bedrooms upstairs. The living room served as kitchen and sitting room as well. It was heated by a coal-fired range where all the cooking was done and was lit by a hanging oil-lamp. The bedrooms were lit by candles. Gas lighting was installed in the 1920s (...)"

Other salient points: (p. 44) One tap in the house ... washing done in a wooden tub ... each miner's family received 15 hundredweight per month of coal, so the house was kept warm ... flagstone flooring, sanded down on Fridays ... later covered with home-made rag mats and later with lino ... father rented an allotment for vegetables on the hillside.

Children of John Walter and Lilian 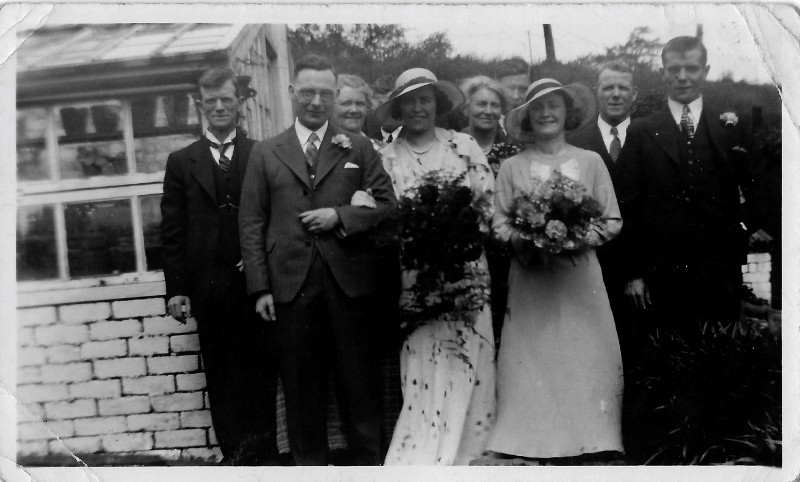 ABERCANAID - LOCAL WEDDING. - A pretty wedding was solemnised at St. Peter's Church, Abercanaid, on Saturday. The contracting parties were Mr. William C. Rogers, only son of Mr. and Mrs. Rogers, The Philog, Whitchurch, and Miss Maida Price, eldest daughter of Mr. and Mrs. J. W. Price, Gethin Cottage, Abercanaid. The Rev. Eddy Jenkins officiated. The organist (Mrs. Budd) played the "Wedding March." The bride, who was given away by her father, was attired in a dress of Jubilee effect, with hat and shoes to tone, and carried a bouquet of red carnations. The bridesmaid, MIss Hetty Price (sister of the bride) was attired in Margaret rose pink, with beige hat and shoes, and carried a bouquet of pink carnations. The best man was Mr. Ronald Price and the groomsmen were Messrs. Donald Price and Tal Bowen. Among others present were Mr. and Mrs. Rogers (bridegroom's parents); Mrs. Lily Price (bride's mother); Mr. and Mrs. James, Redcroft, Cardiff; Mrs. E. Owen, Cymmer Afan, and Mrs. Jones, London. The reception was held at the bride's home, and the happy couple later left for Ilfracombe, where the honeymoon is being spent. They were the recipients of many presents. (Merthyr Express 15 June 1935). 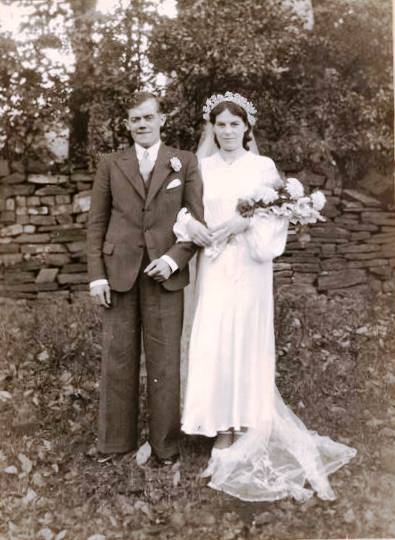 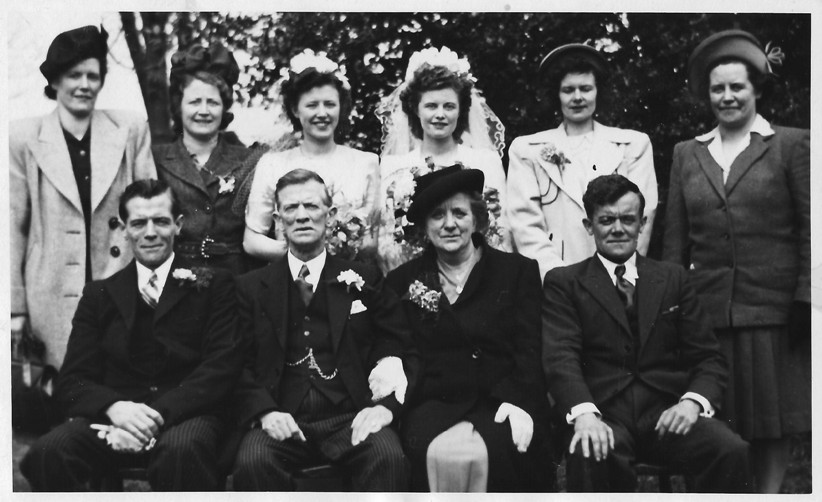 John Walter Price and family at Tess' wedding in 1948 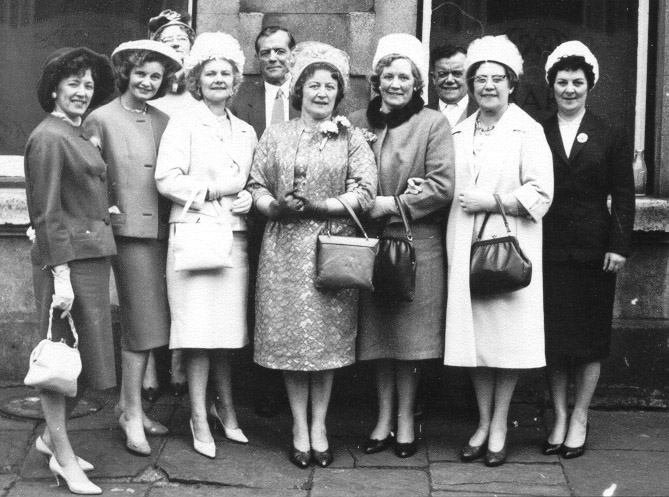 The Price siblings (with Megan Price and Morfydd Griffiths)