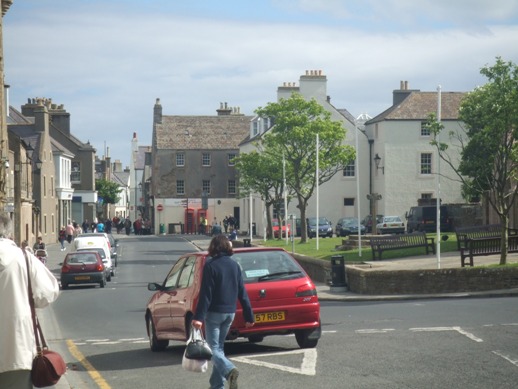 'Like the Hebrides, Orkney is in many ways a world unto itself. Within a couple of days arrival, Brian remarked that the people even looked different from Scottish folk. Trying to generalise, we agreed that, first, they were on average taller and, secondly, that they were darker, though dark in the sense that Russians or Germans can be dark, not dark in the pale-skinned way that many Irish and Glaswegians are. Stromness, with its narrow, winding streets, looks more like a Baltic than a Scottish town. The food in the shops and restaurants was more varied and sophisticated than is normal in rural Scotland. The Orkney ice-cream was of positively Italian quality. We were abroad.' Ian Mitchell (2004:37).

To the north of Scotland, across the racing tides of the Pentland Firth, the fertile Orkney Islands contrast verdantly with the wilds of Caithness and the Scottish Highlands. Three ferry routes compete to take you from the Scottish mainland: the first two (Scrabster-Stromness and Gills Bay-St Margarets Hope) run all year round passenger and vehicle services; the third is a short sea crossing from John O'Groats to Burwick for passengers only running only in the summer months. The short sea crossing largely benefits the coach trade providing one day (or half-day) visits to Orkney but it is also a link in the 'Orkney Bus' service from Inverness to Kirkwall which provides a pleasant and convenient way for people without cars to visit for longer.

Orkney is one of the two most northerly counties of Scotland. Despite its location ('as far north as Bristol Bay in Alaska', according to Fenton*), the climate is comparatively mild although winter gales may make this difficult to believe on occasion. 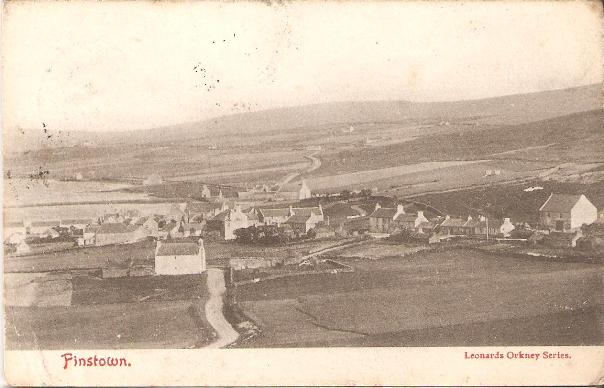 Orkney became part of Scotland in 1472 when the Scottish parliament annexed the Earldom of Orkney and the Lordship of Shetland, following a failed attempt by King Christian III of Denmark and Norway to make up the dowry of his daughter Margaret for her marriage to James III of Scotland. Orkney represented 50,000 florins of the dowry pledge.

The Orkney islands (the locals do not generally refer to them as the 'Orkneys') seem remote and insignificant to anglocentric commentators. But, throughout history, they have been an important hub of transport and politics between Scandinavia, Britain and Ireland. Norse settlers had a significant impact on the islands and their heritage still leaves significant traces in the culture and landscape.

Fenton (p.2) points out that Orkney was highly fertile in comparison with the other island groups of the north:

"Orkney stood out like a fertile jewel amongst these northern lands, and became the heart of the Norse kingdom in northern Britain to such an extent that some of the Mainland place-names are seen from the viewpoint of Orkney. The most northerly county in Britain is Sutherland, the 'southern land' ..."

It is commonly believed that Orkney is treeless and that this is due to the climate. Clearly Orkney is not forested but, apart from isolated trees and sycamores planted as wind screening near human habitation, there are pockets of native woodland on Hoy and mainland Orkney. There is evidence to support the view that Orkney was once more extensively wooded before human settlement altered the landscape. An example can be read in John Firth's "Reminiscences of an Orkney Parish" (1920) when he describes a location 3 miles north of Finstown:

"(The`peats) ... lying nearest the moss dyke was called the Moss of Broonalanga, the peats of which when burning gave out a great heat and a strong sulphurous smell, and the ashes were of a deep terra-cotta colour. The peats were difficult to cut owing to there being in the moss what had evidently been the remains of an ancient forest, trunks and branches of a large size, bearing the name of scroggs, being found deep buried in the moss." 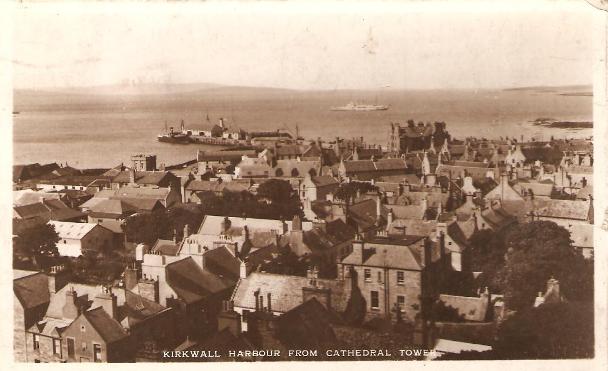 Attractions of Orkney
Short and long day tours of Orkney feature the best-known archaeological sites such as Skara Brae, the Ring of Brogar, Standing Stones of Stenness, Maes Howe and the Italian Chapel

Kirkwall
Kirkwall is the capital of the Orkney islands. Its most significant building is the magnificent St Magnus Cathedral founded in 1137 by Rognvald III and built in the Norman style.

A Victorian Tourist on Papa Westray
For the fineness of its pasture and arable land Papa is not excelled by any of the other islands.

A Victorian Tourist in Stromness
The scenery in the vicinity of Stromness is the finest in Orkney.