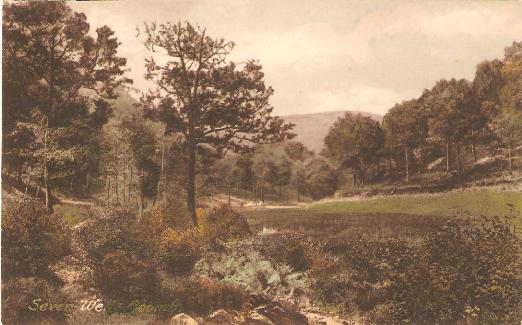 '...in Somerset we have no one town which holds, or ever did hold, the same indisputable position as the local capital. The largest town is the Roman city of Bath; but that, lying as it does in a corner, is wholly unsuitable for such a purpose. Taunton does not lie so completely in a corner as Bath; but we of Wells sometimes keenly feel that Taunton is not a geographical centre, and the map will show you that it is a great deal nearer to Devonshire than it is to Gloucestershire. Wells, more cental than Taunton, is much smaller; Glastonbury, most central of all, is smaller still. Somerton has its kindred name and its precedence in Domesday; but it would hardly assert any more recent claims to the rank of a capital. Ilchester, rival of Bath in antiquity, has really more historic claim to be looked on as the local capital than any of the towns which I have spoken of. It was the place of the county elections down to the first Reform Bill; it kept its county goal later still. But Ilchester lives only in the past; it has the memory of its elections and the memory of its siege; it has the presence of the beautiful mace of its chief magistrate; but it would hardly venture now to put forward a claim to be deemed the head of Somerset. (...)

Martock, Somerset
Another attractive market town with an amazing churchyard.

Somerton, Somerset
Somerton was once the county town of Somerset