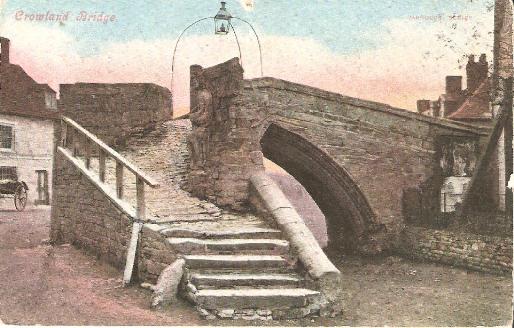 Crowland Bridge
Images of the bridge.

Historical Lincoln - 1
Lincoln, a place of considerable note in the ecclesiastical and military annals of England, is singularly situated on the top and side of a high hill, which slopes with a deep descent to the south, where the river Witham runs at its base.

Historical Lincoln - 2
The dates of part of the architecture of Lincoln Cathedral, according to a printed Lincoln guide, are as follows.

Historical Lincoln - 3
An open fireplace and chimney discovered last summer in the old Deanery House at Lincoln, which is now being taken down, and near to the site of which a new residence is to be erected.