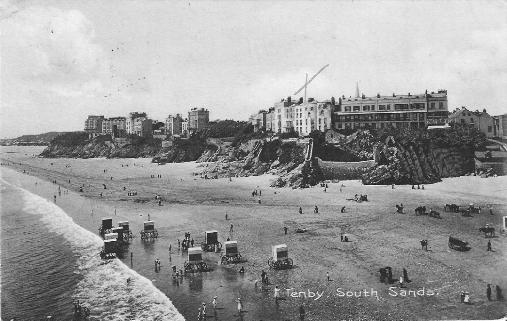 'The last Teutonic settlement in Britain often passes without notice. The Englishry of Pembrokeshire, 'Little England beyond Wales,' can hardly be said to be an unknown land while it contains the well-known watering-place of Tenby. But we may guess that a good many visitors to Tenby come away with very faint notions of the remarkable ethnological phaenomena of the land which they have been visiting. To many it is doubtless enough that they are in Wales; one part of Wales is the same as another. And certainly the authorities of Tenby have done their best to lead their visitors astray. On the castle-hill of Tenby is a statue of Prince Albert, with a legend in English and Welsh, in which the Prince has borrowed the epithet of the great British law-giver, and appears as 'Albert Dda'. Moreover there is a display of heraldry, and a legend - in the British tongue only - about the Red Dragon of the Cymry. Now there is exactly as much reason for setting up a Welsh inscription at Tenby as there is for setting one up at York or Canterbury. The Welsh tongue was doubtless once spoken in all three places, and all three places are called by modifications of Welsh names. For Tenby must not be mistaken for a Danish by; the name is British, the same as the Denbigh of North Wales. It is possible that the bych may have been changed into the likeness of Danish by by the same kind of process by which Jerusalem becomes Hierosolyma; but that is the full amount of the connexion,if there be any. (...)

'There is no doubt (...) from the direct witness of William of Malmesbury and other contemporary writers, that Henry the First, among his measures to keep the Welsh in order, planted a colony of Flemings in Dyfed, the modern Pembrokeshire. In the district allotted to them, the southern part of the county, they must have done their work thoroughly. The Briton has left but few traces. The one speech of the district is English, and most of the places have received English names. (...)

'...but the fact that the colony, which was originally Flemish, now speaks English has given rise to a good deal of puzzledom, and to the talking of no small amount of nonsense. (...) People constantly ask how the Flemings came to change their language. (...) To one who really takes in the history and the relations of the Teutonic dialects of Britain there is no difficulty at all in the matter. The Flemish tongue is one dialect of Low Dutch; the English is another. Even now the nearness between modern Flemish and modern English must strike every one who thinks at all upon such matters, and the nearness in the twelfth century, before English had gone through those changes which have parted it off from its fellows, must have been far closer tha it is now. The true way of looking at the matter is, as we have already said, to look on the Flemish occupation of Pembrokeshire as simply the last stage of Teutonic settlement in Britain. (...) 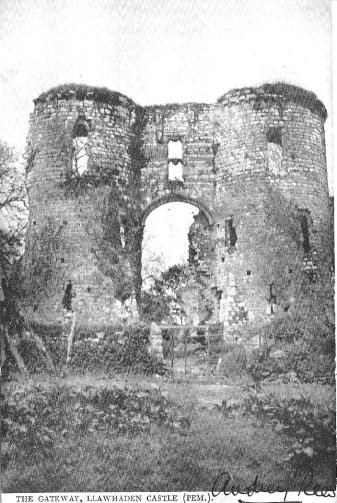 R.R Davies (The Age of Conquest 1987:99) considers the Flemings to have been invited in by Henry I about 1107-10. They came from earlier settlements in England, after having left their original homeland because of incursions from the sea and overpopulation. They were settled in the cantrefi (hundreds) of Rhos and Daugleddau in the west of Dyfed. In her terms, 'they were ideal colonists for such frontier districts - aggressive and acquisitive, warriors and peasants by turn, true pioneers in both agriculture and commerce, and deadly enemies of the Welsh. They retained their racial and linguistic identity until the early thirteenth century and by then had totally and permanently transformed the character of parts of western Dyfed.'