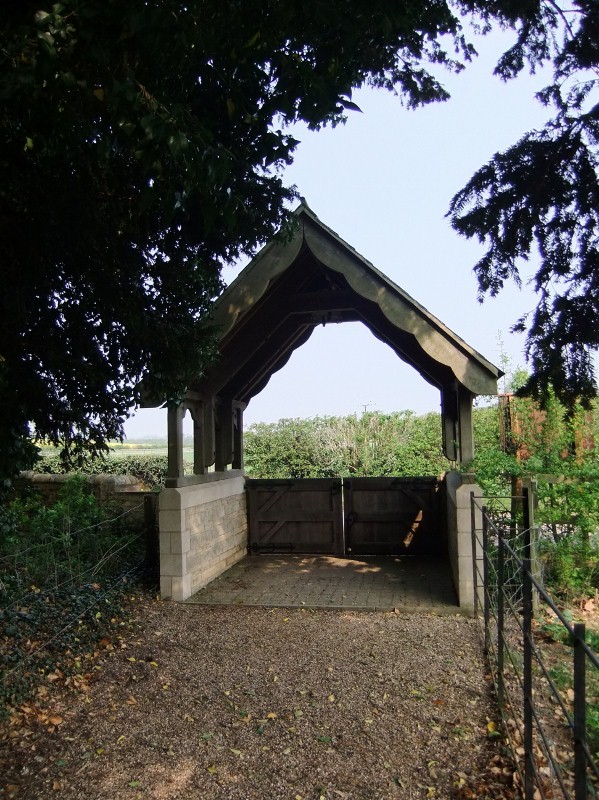 "On the south side of the chancel within the communion-rails are very fine semi-effigies of a knight and his lady. The head of the knight rests upon a lozenge-shaped cushion, under which is a square cushion, and he is in chain mail. The hood of the lady falls over the shoulders. There is the wimple or chin-cloth, the dress is plain from the neck to the waist, the folds of which die away under the slab that covers both effigies from that point, the sleeves fit close to the wrists, a knob of curled hair hides each ear, and the uplifted hands are uncovered. The heads are within cuspings. Upon the upper part of the slab, which covers the effigies from the waist to the feet, is a shield bearing two bars, in chief three scallops. Near to this but without any armorial bearings, is a most beautiful effigy representing a Crusader, apparently of the reign of Edward I. It is without the usual Norman-shaped shield. The head rests upon square and lozenge-shaped cushions supported by cherubs, and the feet upon a lion, the body being enveloped in a hooded hauberk of ringed mail, over a portion of which, from the shoulders is the surcoat. The genoullieres represent iron plate, and the legs are covered with chausses de mailes. The legs are cossed; the rowel of the spur of the upper one is gone, but the buckle and strap that secured it remain. Two straps are around the waist; the upper one exhibits a buckle and three trefoils (emblems of the Trinity), which appears to have fastened the hauberk; and the lower strap secures the hilted but sheathed sword. Round the wrists are ribbons and knots, the uplifted hands being enveloped in ring mail. There is a plain band below thw sword-strap, from the centre of which the hauberk opens and shews the ring mail. This effigy is seven feet in length. The former are six feet long and three feet wide, and are well worth a visit from the antiquary. 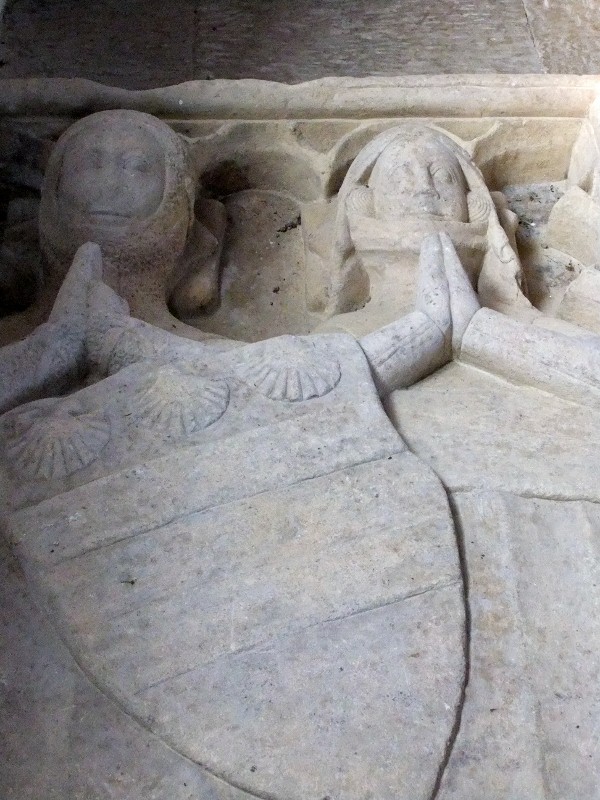 "In the north aisle of the church is a very interesting early sepulchral memorial, found a short time since at Aunby, an adjoining parish, on some ground which has produced a large quantity of architectural fragments, consisting of pillars, mullions, stone coffins, etc., clearly proving the existence of a church or chapel at this place. It represents two demi-arms, supporting a human heart: both the hand and the heart have suffered a little, and below is a shield, all sculptured on a triangular piece of stone, which is ornamented round the edges. The shield bears in chief three torteauxes, and under it I could distinguish the outlines of a bar. As the powerful family of Wake had very considerable property in this county, especially in the neighbourhood, and held a portion of Careby of the abbey of Peterborough, which they let or devised to a family of the same name as the village in knight's service, I have no doubt this memorial was intended to commemorate one of its members. Adjoining it is their coat of arms, in early stained glass, viz Or., two bars gules, in chief three torteauxes; and among some Early English stained glass are the arms of Colville, Two bars, in chief three annulets. On the corbel-table under the parapet of the tower are the arms of Wake and Corville. On the east wall of the north aisle is a handsome marble monument thus inscribed:-"Underneath lies the body of Thomas Hatcherm esq., descended of the ancient family of Hatchers, for many generations Lords of this Mannour. He was born 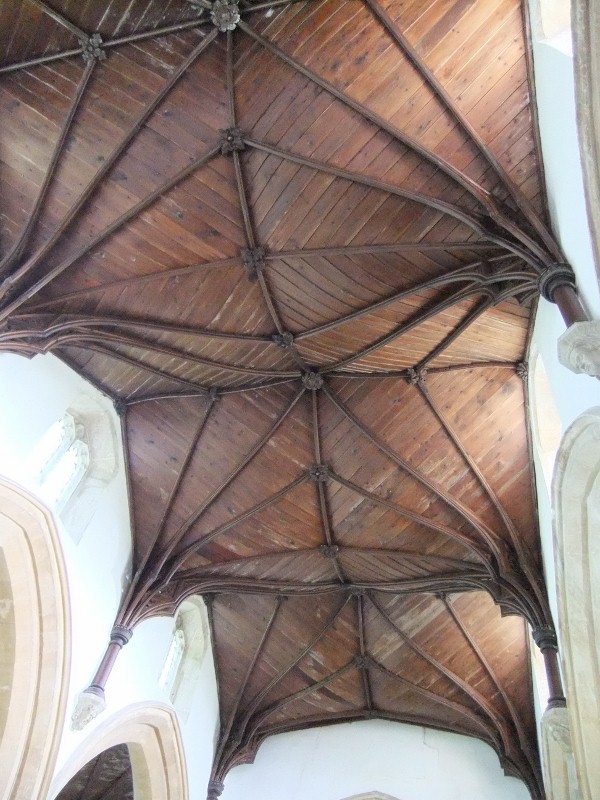 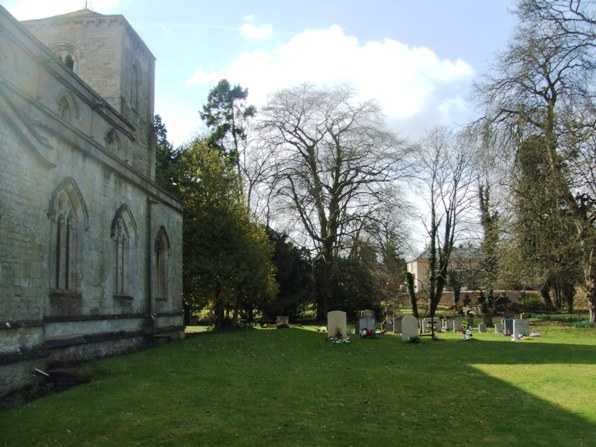 Detail of Medieval Cope, showing Assumption of the Virgin, c.1500