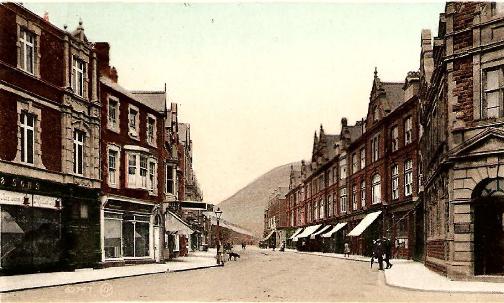 The old county of Glamorgan has been broken into a number of unitary authorities. Its origins lie with the Silures, who occupied this fertile area along with lands now found in neighbouring counties. In the post-Roman period the region was known as Glywysing. The medieval name derives from Gwlad Morgan (Morgan's land) with a related name Morgannwg still being used in Welsh. Morgan was a tenth century ruler of Glywysing. However, Morgannwg did not encompass the same area as medieval Glamorgan (charters often refer to Glamorgan AND Morgannwg), and neither included Gwyr (Gower) until much later.

The Norman conquest of the area took advantage of the old Roman roads and the easy sea crossing across the Severn estuary. However, it took a few decades for the invaders to consolidate their military occupation with the construction of a network of castles. The death of Rhys ap Tewdwr, ruler of the southern Welsh kingdom of Deheubarth, in 1093 signalled an avalanche of Norman aggressors who swept across the country from Gwent in the east to Dyfed in the west. Thereafter, Glamorgan was to lose its old Welsh local structures of cantrefs (hundreds) and cwmwds (commotes) which were replaced by continental-style feudal units tied to castles, boroughs and knights-fees. Settlers were brought in from England, France and Flanders and income from church property was diverted to favoured monasteries in England and France. However, R.R Davies (The Age of Conquest1987:96) notes that there was also a pre-existing pattern of authority that the Normans could exploit:

'A dependent peasantry was already organized into groups of vills under local reeves and owed specified renders of honey, cows, and sheep to native Welsh courts (W.llysoedd). In such districts a manorial structure of authority could be easily introduced or adopted; a firmer web of territorial, tenurial, and jurisdictional control could be woven around the peasantry and their status and obligations quickly assimilated to manorial tenants in England. Thus the lord of Glamorgan soon established manors at Roath and Leckwith to serve the needs of his castle at Cardiff and reserved the demesne lands of the old Welsh centres at Llyswyrny and Llanilltud (Llantwit) for himself. His vassals followed suit: the de Londres family in the mesne-lordship of Ogmore established manorial granges at Ogmore itself and Colwinston and organized the tenantry to work on them.'

Cardiff: Historical Notes
Some historical notes about the city of Cardiff.

The Language of Cardiff
Welsh and English languages in Cardiff

Cardiff
Known as Europes youngest capital, Cardiff, in south Wales, has re-invented itself as one of Britains most buzzing, young-at-heart and stylish cities.