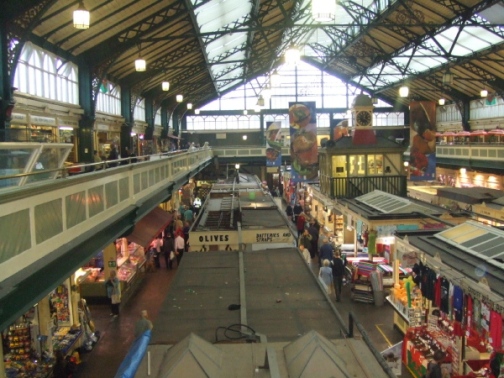 Known as Europes youngest capital, Cardiff, in south Wales, has re-invented itself as one of Britains most buzzing, young-at-heart and stylish cities. Its a rapidly-evolving, vibrant and fascinating place for a short break, so come and see what its like keeping up with the Joneses - Tom was brought up near here, and Shirley Basseys a local girl.

In a region known historically for its coal-mining and shipping, Cardiff sits like a jewel at the foot of the South Wales Valleys, making it a perfect starting point for exploring the beautiful Wye Valley and Brecon Beacons National Park.

Its a city with the sea as a backdrop: the new Cardiff Bay development includes restaurants, cafés and a huge marina with a distinctly cosmopolitan feel. From the Spirit of Cardiff visitor centre, The Tube, on Harbour Drive you can view the whole stunning development. If youd like a bit more action, why not take a boat trip out across the Bay, through the Barrage and into the open sea! Or simply take a water-bus from Mermaid Quay to tour Cardiff Bay and its rivers, the Taff and the Ely - you can even stop off at the town of Penarth with its galleries and restaurants.

Although it has only been Wales capital since 1955, Cardiff has a long history of human settlement. Cardiff Castle, right in the centre of the city, dates back to Roman times and is a stop on Cardiffs daily hop-on-hop-off bus tours. The castle contains the remains of the original Roman walls and the centrepiece as you enter is the Norman keep with stunning views over the city. The flamboyant mock-medieval Victorian restoration of the state rooms is also a must-see for all visitors.

The National Museum and Gallery, Cardiff reveals the evolution of the country and displays ancient Celtic artefacts alongside important art and silver collections. The Gallery, which strongly features Welsh artists, is also famous for its collection of Impressionist paintings - one of the largest collections outside France. The Museum is also staging the exhibition for the exciting, inaugural Artes Mundi prize for visual artists in spring 2004.

Next stop just has to be the Museum of Welsh Life at St Fagans, an open-air museum of traditional Welsh buildings and lifestyle, set in parkland surrounding a 16th-century manor house and voted one of the best museums in Europe. Open daily and free of charge, there are special events including music and song, pageants and festivals throughout the year. Here, craftspeople demonstrate almost-lost skills including blacksmithing, spinning, weaving and carving: take away a personalised love-spoon! 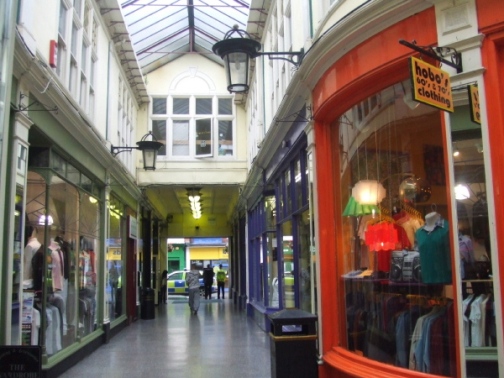 One of Cardiff's Victorian Shopping Arcades

The citys prime concert venue, St Davids Hall, is one of Britains top auditoriums with the resident BBC National Orchestra of Wales performing several times a month. It also puts on a Christmas Festival of classics, carols and ballet - ideal after a visit to Winter Wonderland, an open-air skating and entertainment extravaganza, or before a Christmas banquet at the Castle! The Welsh National Opera is based at the Wales Millennium Centre in Cardiff Bay.

The Welsh passion for rugby remains unequalled, with matches played mainly in autumn and spring at the Millennium Stadium. Tickets for Rugbys Six Nations Tournament are available though the Welsh Rugby Union office in town. This rough-and-tumble sport is great for spectators and the fans show Welsh friendship at its best.

After a days sightseeing what better than to return to base to relax? There is a wide choice of accommodation on offer. Situated in the heart of the city is the Cardiff Marriott Hotel, the Thistle Cardiff and the Big Sleep - an oh-so-affordable designer hotel with uncluttered, modern rooms. In Cardiff Bay you will find the five-star St Davids Hotel and Spa. Alternatively visitor can choose one of the several Travel Inns - a good budget alternative - including one in the Bay. But for a romantic treat what could be better than an historic house once frequented by Royalty and now a cosy hotel - Miskin Manor, just minutes drive from the city centre?

But off with the walking shoes and on with the glad-rags to explore Cardiffs lively nightlife. With more than 300 pubs to choose from, youll find lots to suit your style; there is even Welsh whisky to try along with local beers from the Brains, Felinfoel or Bragdy Ceredigion breweries. For fine dining try the new Undeb Club, or the V Club. If clubbing is your scene, try Toucan on St Marys Street - it has great food, great atmosphere and a wide range of live performers or, for the gay scene and chart favourites, check out the Exit Club on Charles Street.

But mind, you could be out until dawn - or tan doriad y wawr, as the Welsh say. In fact, a visit to Cardiff cant fail to be a diwrnod ir Brenin: truly memorable!