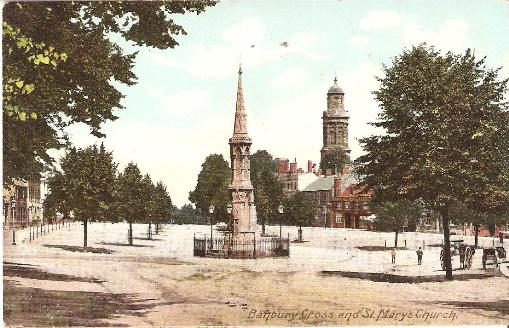 An anonymous author wrote in the Banbury Miscellany in 1789:

'Banbury is a large and populous Town in the northern part of the County of Oxford, situated upon the declivity of a hill, and upon the western side of the river Cherwell, which here divides the counties of Oxford and Northampton.

'Different authors have named different persons as the founders of Banbury. One asserts that Webba the son of Crida King of the Mercians built and fortified it during his peacable reign about the Year 589.

'Another says that Ida, the first King of Northmberland founded it in or near the year 560: but these accounts appear futile, and Banbury seems to have existed at a much earlier date. It was certainly one of the most eminent places in this County during the government of the Saxons and Danes ...'

Many writers cite a certain 'Banna', a supposed Anglo-Saxon chieftain as the founder, although this character seems to be unknown from any historical source. The name may have more to do with the Celtic ban - peak or ridge as Banbury is located at an easy access point through the Jurassic limestone ridge asociated with the Jurassic Way, a long-distance footpath between Banbury and Stamford in Lincolnshire. Certainly, there are indications that there was pre-Saxon habitation in the area: an iron age settlement was found in 2002. According to the Victoria County History: "Traces of prehistoric and Roman settlement have been found within the bounds of the parish, notably the remains of a substantial Roman building at Wickham Park, and a sub-Roman occupation site close to the Broughton road." The same source states that Crouch Hill has a Celtic name. 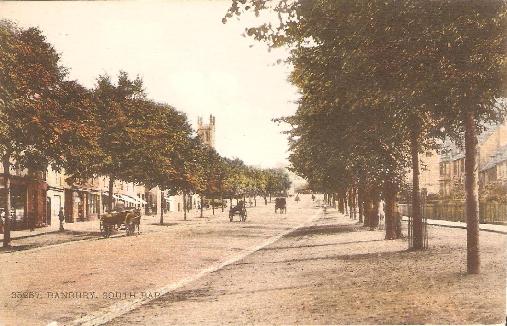 BANBURY AND ITS REMARKABLES

The Tatler for September 5, 1710, gives a jocular account of an Ecclesiastical Thermometer, which had been invented for testing the degrees of zeal of particular places in behalf of the church. The writer states that the town of Banbury, Oxfordshire, which had been singled out by Dr Fuller a century before for its caket and zeal, proved itself by 'the glass,' i e., the above-mentioned thermometer, to be still characterised in a marked manner by the latter peculiarity. It may be suspected that Banbury at that time equally maintained its ancient distinction in respect of cakes, for the town is still noted for this article, insomuch that they are exported to the most distant parts of the world, one oaker alone in 1839 disposing of 139,500 twopenny ones. However this may be, we find that, in the days of Fuller, the material things which the town was remarkable for were: veal, cheese, and cakes; while it is not less certain, that in the abstract article zeal, Banbury was also notable. Thereby hangs a jest. When Philemon Holland was printing his English edition of Camden's Britannia, he added to the author's statement of Banbury being famous for cheese, the words ' cakes and ale; and so it was passing through the press, when, Mr Camden coming in, and seeing the change, thinking 'ale' a somewhat disrespectful reference, substituted for it the word ' zeal, very unluckily, as it proved, for the Puritans, who abounded in the town, were greatly offended by the allusion, and so more was lost than gained by the change.

Modern research has not failed to discover the early traces of the extreme Puritanism of Banbury.

The advent of Queen Elizabeth to power brought evil days to the Roman Catholics; and in 1571, Mr Anthony Cope, of Hanwell, a zealous Puritan, was chosen parliamentary representative for the borough by its eighteen electors, an office which he filled for upwards of thirty years. The Rev. Thomas Bracebridge, an eminent Puritan divine, was also at this time vicar of Banburv, and was suspended by the bishop in 1590, for denouncing that usurpation of power in ecclesiastical matters which most of the Tudors were so fond of taking on themselves. There can be no doubt that he laid the foundation of those principles of Puritanism which displayed themselves in Banbury, towards the close of the reign in question, and which Mr Johnson describes as follows:

'From the date of the execution of the Earl of Essex - the last and best-beloved favourite of the queen - an event which took place in 1601, the active mind of Elizabeth became seriously impaired, and the transaction of public business was disagreeable and irksome. The oppressed and consequently dissatisfied adherents of the church of Rome, taking advantage of this altered state of things, began to wax bolder in the expression of their opinions. Under the strict rule of the Puritans, the shows and pageants had been suppressed, and an attempt was now made by the Catholics to revive them. The dresses were procured, the characters rehearsed, and a day fixed for the performance in Banbury. The procession of the performers had reached the high cross, and the actors were engaged in the prologue of the play, when a counter-demonstration issued from High Street, and a collision ensued between the excited partisans of the conflicting creeds. A regular melee is described as having taken place; but the supporters of the reformed doctrines, having both numbers and the law upon their side, seem eventually to have had the best of the fray. Having succeeded in driving their antagonists out of the town, the rage of the populace took a new direction. Hammers and pickaxes were procured, and the "goodly cross," the symbol of the faith of the Roman-Catholic world, was strewed in ruins through the Horse Fair. ... So thorough was the work of destruction, that a writer of the time compares the state in which the crosses were left - for there were at least four of them - to the stumps of trees when the trunks are cut down, or to the conveniences by a roadside inn, to aid a lazy horseman in mounting to the saddle. To the church the crowd repaired next, and worked their frantic will upon the stately temple. The magnificent windows of stained glass were shivered to atoms, as savouring too strongly of idolatry, and the statuary and sculpture mutilated and defaced by the hands of those insensible to forms of beauty. Corbet charges the rioters with not having left the leg or arm of an apostle, and says that the names of the churchwardens were the only inscriptions to be seen upon the walls.

'The reputed sanctity of manners drew upon the town the cutting sarcasms of the wits of the age. The "rare Ben Jonson," in his comedy of Bartholomew Fair, represents one of his characters, " Zeal-o'-the-Land Busy," as a Banbury baker, who had abandoned the dough-tub and oven for the more lucrative avocation of "seeing visions and dreaming dreams." Braithwaite, in his Drunken Barnabys Four Journeys, refers to the town in the well-known strain:

"To Banbury came I, O profane one!
There I saw a Puritane one
Hanging of his cat on Monday,
For Killing of a mouse on Sunday." 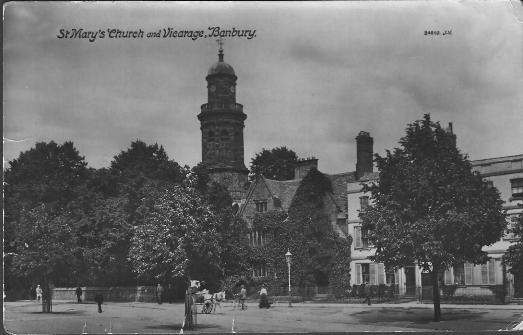 The same writer, in his Strappado for the Devil, calls Bradford in Yorkshire, the "Banbury of the North," and says that it also is famous for its "twanging ale, zeal, cakes, and cheese." Richard Corbet, subsequently bishop of Oxford, in his Iter Boreale thus refers to the walks in and around Banbury church:

"If not for God's, for Mr Whateley's sake,
Level the walks ; suppose these pitfalls make
Him sprain a lecture, or displace a joint
In his long prayer, or in his fifteenth point"

This William Whateley was an eminent Puritan divine, of the Richard-Baxter school, who succeeded to the vicarage in 1610, and held the office for about thirty years. The Rev. Samuel Wells, another clergyman holding similar views, was inducted to the vicarage in 1648, and held the office until 1662, when, on 'Black Bartholomew,' he threw the emoluments of his living to the winds, and preached his farewell sermon from the words,'And now, behold, I go bound in the spirit to Jerusalem, not knowing the things which shall befall me there.'

Sir William Davenant, in his comedy The Witt, in speaking of a certain lady, says:

"She is more devout
Than a weaver of Banbury, that hopes
To entice heaven, by singing, to make him lord
Of twenty looms."

The following lines of Thomas Jordan, in his Royal Arbor of Loyal Poesie, may have had some reference to the doings already mentioned:

"They pluckt communion-tables down,
And broke our painted glasses;
They threw our altars to the ground,
And tumbled down the crosses.

"They set up Cromwell and his heir-
The Lord and Lady Claypole-
Because they hated common-prayer,
The organ, and the May-pole."

Most persons who have a feeling for the literature of their early years, will lament the destruction of the cross of Banbury, the locality of the famous nursery rhyme :

"Ride a cock-horse to Banbury Cross,
To see a black lady ride on a white horse,
Rings on her fingers and bells on her toes,
That she may have music wherever she goes." 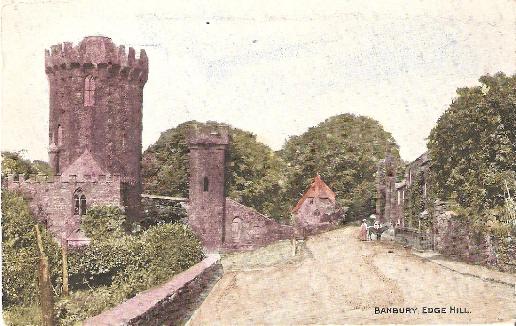