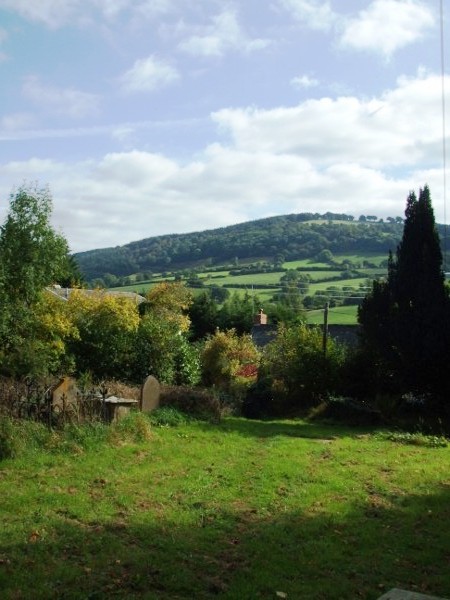 According to the 1920 Kelly's Directory:

"GROSMONT is a parish and village on the river Monnow, which bounds the parish on the north-east, and separates it from the county of Hereford, and stands on the north-eastern conflnes of the county, near the main road from Abergavenny to Hereford, and a short distance from the northern base of the Graig Mountain; it is 3 miles south-east from Pontrilas station, on the Newport and Hereford section of the Great Western railway, 11 north-east from Abergavenny, 11 miles from Monmouth by road and 14 south from Hereford, in the Monmouth division of the county, hundred and petty sessional division of Skenfrith, union of Dore, county court district of Hereford, rural deanery of Abergavenny, archdeaconry of Monmouth and diocese of Llandaff. The town and adjoining farms are abundantly supplied with pure water conveyed through pipes from The Graig Hill, 2 miles distant, laid down in 1907-8 by Garnet Edwin Bevan esq. proprietor of the water works. 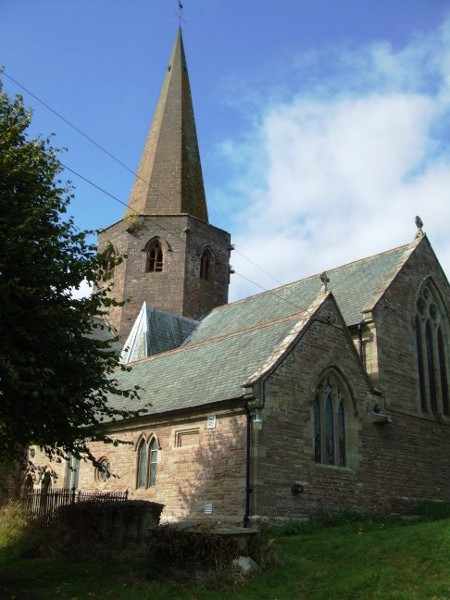 The 1920 Kelly's Directory describes the church in the following way:

"The church of St. Nicholas is a cruciform building of stone, in the Transitional and Early English styles, consisting of chancel, spacious nave, aisles, transepts with aisles, side chapel, north porch and a central octagonal tower with spire containing 6 bells: in 1800 the spire was restored at a cost of £100, chiefly defrayed by Lord Llangattock; it was partly built during the 13th century by Eleanor of Provence, Queen of Henry III under the direction of a French architect, and partakes largely of the style of that country and period; the chancel, an example of the Early English style, has scarcely a parallel in any of the rural parishes; there is a Norman font; the church was restored during the period 1870-75, at a cost of £1,988; in 1886 the nave was thoroughly restored at the sole cost of the 1st Baron Llangattock, who also erected a handsome screen of oak and glass; only the transepts and chancel are used for divine service; in the church is a mutiliated effigy of Henry (Plantaganet), Earl of Lancaster, Derby, Lincoln and Leicester, and Duke of Lancaster K.G. ob. 24 March, 1361, who was born at the castle of Grosmont; the figure is of heroic size, clad in armour and bearing a kite-shaped shield: there is a stained window to the Rolls family: there are 206 sittings.

"The register dates from the vear 1589. The living is a rectory, net yearly value £2oo, with residence, in the gift of the Bishop of Gloucester, and held since 1914 by the Rev. Gomer Davies B.A.. of St. David's College, Lampeter. Here are places of worship for Primitive Methodists and the Plymouth Brethren; the Catholic churoh at Dan-y-Graig, erected in 1869, and dedicated to the Immaculate Conception. This place was formerly incorporated and governed by a mayor, and had a market; the old Market Hall, erected in 1832, formerly the property of the Duke of Beaufort, was conveyed bv deed of gift to the Parish Council in commemoration of the coronation of King Edward VII and is used for public meetings. There is an excellent library in connection with the ohurch, and endowments and charities for school and other purposes. Some remains of an ancient entrenchment may be seen at Campston. The castle of Grosmont. which stands on a knoll above the river Monnow, is also said to have been called "Rosslyn," a corruption of the Celtic name - Rosllwyn," i.e. "rose-bush;" an interesting tradition speaks of the fortress the " Castle of the Red Rose," and suggests that the Lancastrian party assumed this badge, or symbol, not only from the name of the castle, but frmn the profusion of red roses growing spontaneously ..."