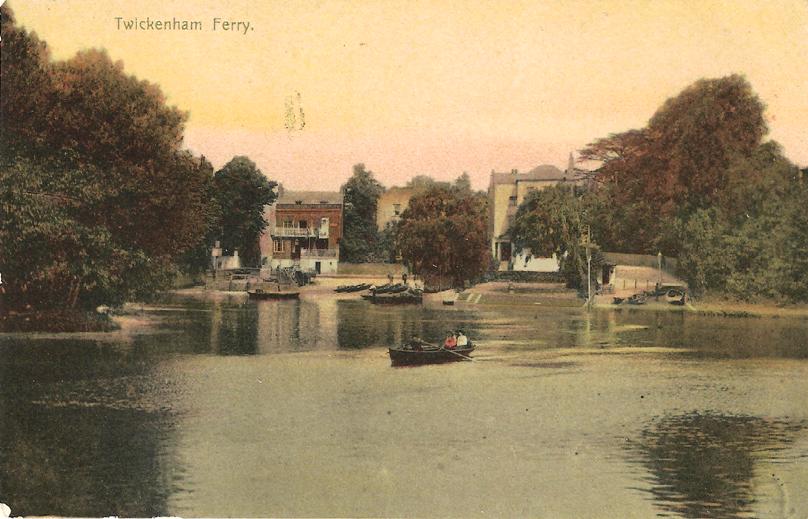 'Twickenham Park, Middlesex - By Mr WILLOCK, at Garraway's, on Wednesday the 15th of May, in Lots of various sizes, unless previously disposed of by Private Contract in One Lot.

'The very valuable and eminently beautiful FREEHOLD ESTATE of TWICKENHAM PARK, most delightfully situate on the Bank of the Thames, between Isleworth and Twickenham, ten miles from London, in the county of Middlesex, late in the possession of the Right Honourable Lord Frederic Cavendish, deceased; with lawns, plantations, pleasure grounds, green house, icehouse, excellent walled kitchen garden, farm house, barns, and all requisite farm buidings, paddock and inclosures of rich meadow and arable land, containing altogether upwards of one hundred and forty acres.- The estate is perfectly compact, and extends along the bank of the Thames, from Isleworth to Richmond Bridge; the grounds are most happily disposed, and ornamented with a profusion of valuable shrubs, and a variety of timber trees of singular elegance and magnitude, and the views of the bridge, the town and the hill of Richmond, with the Royal gardens on the opposite bank of the river, give an additional beauty to every part of the premises, which are calculated for a residence of the first distinction in the kingdom, or for the speculator to divide into lots of a few acres each, for the erection of villas, and for which the situation is peculiarly eligible and inviting.

'Descriptive particulars and plans of each lot are preparing, and may soon be had on the Premises; of Messrs. Tyler, Humphreys and Dunster, solicitors, in the Temple; at the Baptist coffee-house, in Chancery-lane; at Garraway's; and of Mr. Willock, No. 25, Golden-square.'

'...Twickenham, in Middlesex (...), a handsome populous village, pleasantly situated on the river Thames, at the distance of ten miles from Hyde Park Corner.

'It is three miles, two furlongs long, one mile and a half broad, and in compass nine miles, six furlongs.

'According to the Return of Population 41 George III, 1800, Twickenham contained 3,138 inhabitants.

'The church was formerly appropriated to the Abbey of St. Valery in Picardy, and a vicarage was ordained and endowed, of which the abbot and convent were patrons. On the suppression of the alien priories, William of Wickham procured the rectory and advowson to be made part of the possessions of his newly-founded college at Winchester; the warden and fellows whereof exchanged it with Henry VIII for the manor of Harmondsworth; after which Edward VI presented it to the dean and canons of Windsor, who have ever since continued its patrons. The church is dedicated to the Virgin Mary. The tower is ancient, and is 60 feet high. The body of the church was rebuilt by subscription 1714, John James being the architect. It is a handsome brick building of the Tuscan order, and consists of a nave and two aisles. It is 88 feet long, 44 feet wide, and 40 feet high.

'The following extracts from the registers of burials are interesting: 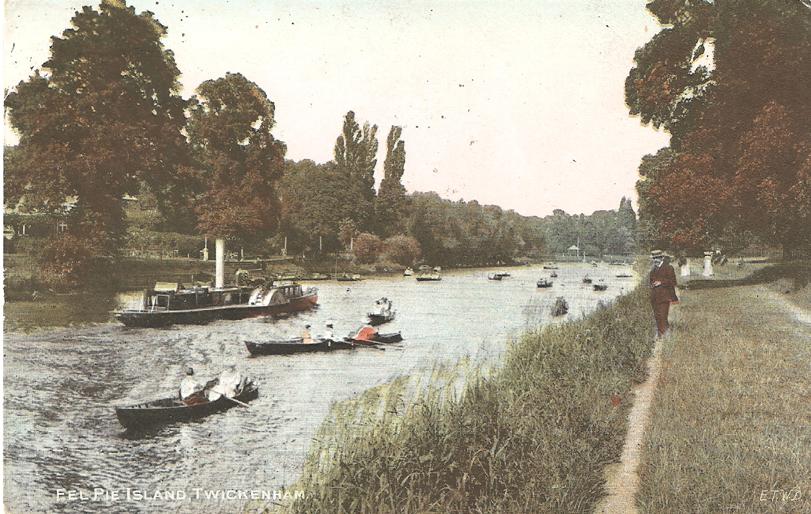 (...) 'Twickenham has been long celebrated for the number of villas in its neighbourhood, among which were pre-eminently distinguished the house once honoured by the residence of Pope (now completely altered, if not wholly taken down, and Strawberry Hill, well known as the seat of the late Horace Walpole, Earl of Orford, and now of the no less celebrated Mrs. Damer.... (...)

'The neighbourhood of Twickenham is famous for the fertility of its well-cultivated garden-grounds, and supplies the London markets with large quantities of vegetables and fruit, particularly strawberries.'