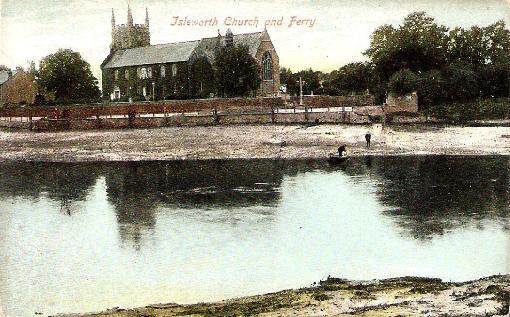 '(I) shall only observe that it stands near the waterside, and consists of a nave, chancel, and two aisles. At the west end is an ancient stone tower of Gothic architecture, overgrown with ivy on the north, west, and south sides. The rest of the structure is of brick, rebuilt in 1706. B.L.'

Isleworth was the vicarage of John Hall, martyr, 1535; Nicholas Byfield, Calvinistic commentator; and Dr. William Cave, author of "Historia Literaria." Here were buried, Anne Dash, foundress of almshouses (monument by Halfpenny, cost £500), 1750; Richard Blyke, topographical collector for Herefordshire, 1775; and its native George Keate, poet (monument by Nollekens), 1797. Here resided George Calvert, Lord Baltimore, original grantee of Maryland; Sir Ralph Winwood, author of "Memorials"; Sir William Noy, Attorney-General; its native, Dorothy, Countess of Sunderland, the "Sacharissa" of Waller; Samuel Clarke, biographer, who died here, 1682; Francis Willis, grammarian; Charles Talbot, Duke of Shrewsbury, who at the same time was Lord Chamberlain of the Household, Lord High Treasurer of England, and Lord Lieutenant of Ireland, died here 1718; the Duchess of Kendal, mistress of George I; Pulteney, Earl of Bath, the opponent of Walpole; and the late Right Honourable Richard Brinsley Sheridan. There is an observatory in the grounds of Sion Hill. Sion House was the residence of the Protector Seymour, Duke of Somerset; Dudley, Lord Guildford, and his accomplished and amiable wife, Lady Jane Grey; the children of Charles I, under the care of Algernon Percy, tenth Earl of Northumberland; and Queen Anne, when only Princess of Denmark. In the vestibule are twelve columns and sixteen pilasters of verd antique, a greater quantity of this beautiful marble than any other building in Europe, cost £27,000. 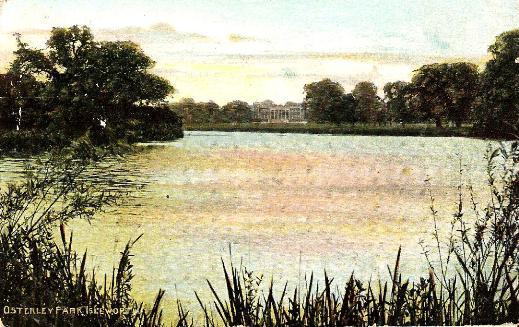