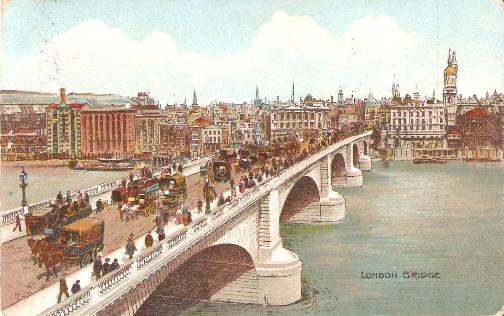 One of a long succession of London Bridges (the first built in Roman times) the bridge shown here was built in 1831 and finally replaced in 1973. This bridge now stands at Lake Havasu City in Arizona. 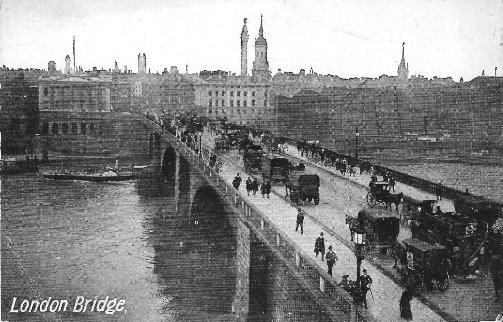 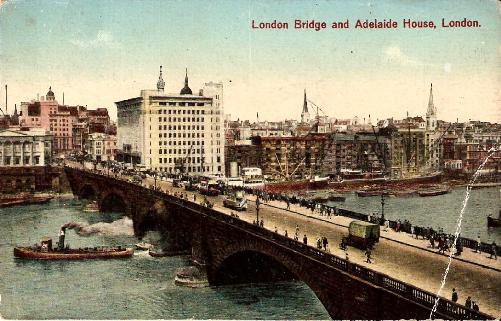 Adelaide House was built in the Art Deco style between 1924 and 1925 on the site of the previous Adelaide House. With air-conditioning and 11 floors it has been described as the first modern office building in a generally low-rise London. At the time, the 148 foot high, steel-framed building, constructed in the standard American way, was the tallest building in the City.