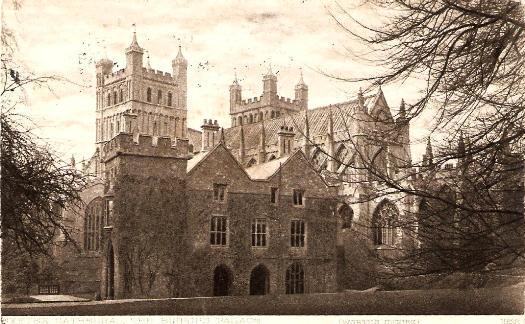 Exeter underwent substantial redevelopment in the 1970s. Extensive archaeological investigations took place at that time, revealing much of Exeter's Roman and mediaeval history. The Romans selected Exeter - the lowest crossing point of the river Exe - as the site of a legionary fortress after the invasion of 43AD. For a few decades it housed thousands of people involved in a supply route from the port of Topsham, a few miles downriver. Then the military resouces were refocused to address resistance in Wales and the north of England. The fortress became the civilian town of Isca Dumnorum, provincial administrative centre for the region that is now Cornwall and Devon. Despite the large area the town does not seem to have rivalled Dorchester and Ilchester in prosperity. By the 5th and 6th centuries it was mostly abandoned apart from a small British community and church near the site of the present cathedral. 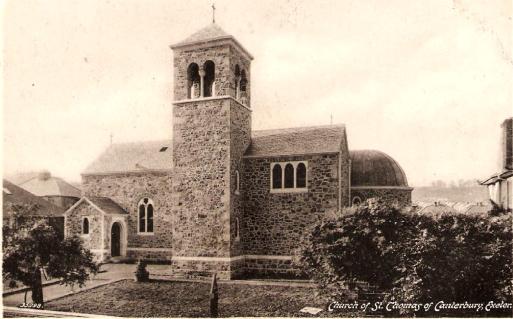 By the late 9th century Exeter had been reconstituted as a Burh in thetime of King Alfred. It had a minster church and a mint. Part of the Roman wall was refurbished and pottery finds show a relationship with the mainland of Europe. The Normans besieged tha town in 1068 and built a castle at Rougemont. In 1114 work began on the cathedral. The town flourished for a while but seems to have declined again as economic circumstances changed in northern Europe and Bristol became the major port in the South-West.At the end of the 15th century, however, Exeter's fortunes rose again with the growth of the wool trade.