Ogham and the Irish in Britain

Links between Ireland and Britain have probably been more or less continuous since people re-populated the British Isles after the last Ice Age. There is evidence of trading between Ireland and Roman Britain. After the Roman occupation, sea links between Britain, Ireland and elsewhere were of considerable importance because of the barriers imposed by the Anglo-Saxon incursion. Charles Thomas (1997: 114), discussing sub-Roman Wales, points to the importance of the Irish dimension including settlement which 'may have begun before 400.'

Thomas speculates that: 'in northwest Wales, opposite Leinster, the Llyn peninsula - the long 'pig's ear' - may in its name contain Irish Laigin, "Leinstermen".'

Further south the evidence for Irish settlement is more extensive, particularly in the area between Pembroke and the Gower peninsula. According to Thomas:

"... both Irish and Welsh sources portrayed it as a tribal migration of the Irish Dessi or Deisi headed by their own king and, from the Irish viewpoint, a suitable 'expulsion' saga was adduced. The direct line of Irish rulers of Welsh Dyfed went on into the 7th and 8th centuries. An interesting mix arose; by 400 Irish and British were fully differing languages, and additionally Christians from both nations used different scripts (Latin and Ogham) for their memorials. Irish never replaced British in Wales the way it did in Scotland, but relative numerical strengths do not necessarily explain why; less obvious factors could be involved."

Wendy Davies (1982: 87) concludes that the refortification of coastal forts such as Caernarfon and Cardiff was undertaken in response to Irish raids in the fourth century. When Magnus Maximus left Britain in 388 the garrison in Caernarfon (and elsewhere) was probably depleted, making it easier for raids to turn into settlement. Davies (1982: 88) noted that 'the writings of Patrick suggest that the search for slaves encouraged the early raiders, but we cannot rule out the possibility that internal Irish problems provided the stimulus for settlement abroad - as the tradition of the expulsion of the group called Deisi, driven from Meath to Leinster, and from Leinster overseas would have us believe.'

Physiacal evidence of the Irish presence in post-Roman Britain comes in the form of Ogham inscriptions. They are epitaphs written in the Ogham script - consisting of notches and strokes carved along the edge of a stone.

They are known all over Ireland but are especially concentrated in the South, especially Kerry. In Britain, they have been found along the western seaboard - south-west Scotland, Wales, Cornwall and Devon and also in the Isle of Man. One was also excavated in Silchester, Southern England. This is discussed in Current Archaeology, January 2002, Issue No. 177. See also: The Ogham Stone 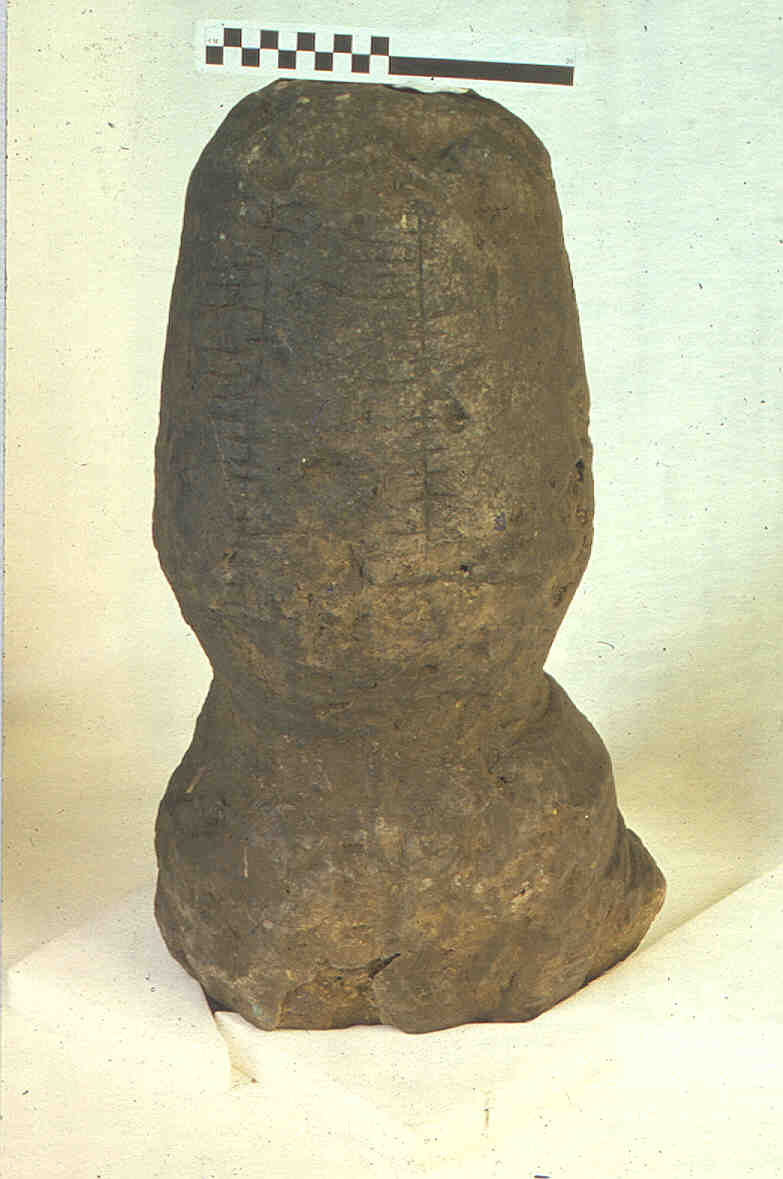 Around 35 of these have been found in Wales. Significantly, 26 of the Ogham stones found in Wales have Latin inscriptions as well. Twelve of these were found in Pembrokeshire, five in the former county of Breconshire (Powys), and four in Carmarthenshire. This contrasts markedly with the far more plentiful stones found in Ireland - which are (with one exception) in ogham only. According to Dark (2000, citing Civitas, 192-3) the Ogham inscriptions in Wales attest to:

"...a living Irish language in western Britain, particularly in south-west Wales and what was later Breconshire. They also showed that those commemorated felt it necessary, or desirable to use two languages. Purely Latin Class-1 inscriptions sometimes carry Irish, as well as in other cases British, Christian and 'Roman' names, confirming the existence of probably high-status people with Irish names in western Britain."

The Welsh Mabinogion also make extensive use of legendary characters common on both sides of the Irish sea, especially in relation to west Wales.

A recorded individual from this period is known as Brychan from which the Welsh name of the kingdom of 'Brycheiniog' (later Breconshire, now the Brecon area of modern Powys) is supposedly derived. According to Brereton (1990: 91):

"Brecon claims several distinguished personages of past centuries, but it cannot honestly lay claim to him who gave his name to the town and to the county. When the Irish-Welsh chieftain, Brychan, ruled these parts in the 5th century, nothing but a thickly wooded river confluence marked the site of the future town, and we do not even know where he made his headquarters or where he died. At all events, 'Brychan the Freckled One' deserves some recognition as surely the most prolific procreator in Breconshire's history. It is on record that he fathered no fewer than thirty-six offspring - eleven sons and twenty-five daughters - in which activity he had the co-operation of three wives and an uncertain number of mistresses."